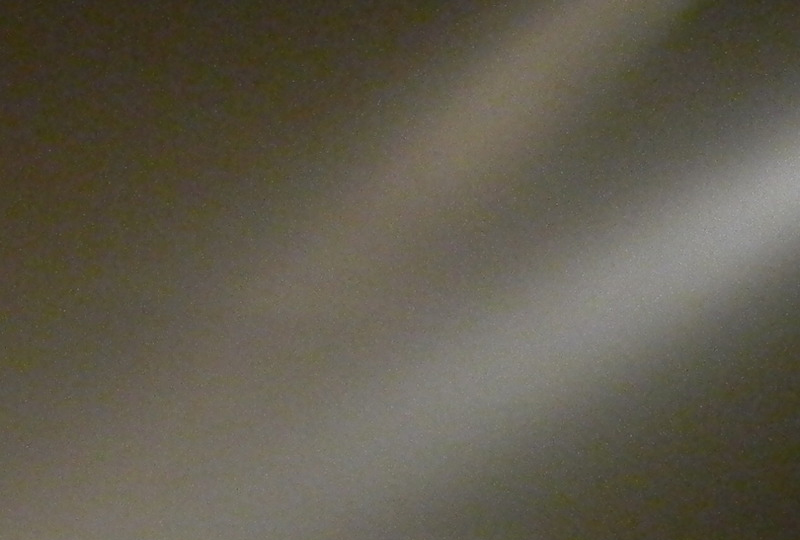 —
A space installation with 2D-Glasses. Fog as an actor: In the middle of a room is a fog machine and blows the room full with fog. At first smoke shows always newly emerging three-dimensional random structures. Later the fog spreads. The windrows become a uniformly distributed dense mass, concealing, hiding - and dissolving space. As the fog passes through these immaterial sculptural atmospheric conditions, it becomes a diffuse movement ballet itself. The fog installation shall also be provided with a projector, which is projecting images of different bodies and movements onto the fog. So the fog is not only actor, but also becomes a projection screen. A projection area, which permanently changes form and surface, what simulates only effects of spatial perception. Attached are 2D-glasses, which are simple no-tech cardboard glasses, leaving only an eye open. This voluntary reduction to one seeing eye, this renunciation of the two images, which normally make possible three-dimensional perception of space in the human brain, by not entirely congruent perspective shift, can be read as a symbolic and timeless dialectic statement about progress and barbaric vacuity, concretely the frenzied technological development and a parallel rationalization of all spheres of life.

In a way, f.o.g. ballet is a quasi-staging of space, of dimension, reduction, extension, interior, irrationality and criticism. In an artistic setting, in a creation of far drifting opposites, various aspects of perspective shift and contradiction are be pushed back and forth, between fog as an actor, abstraction and human dimension.
—

Tanja Brandmayr worked for many years and in different contexts between text, staging and art. In the past, numerous performative theatrical stage works. In recent years, coming back to textually-performative works and advanced art formats. Recent work from 2016: “Innenraum Lavinia”, “Kulturfrauenballett”, “Überflieger”, “f.o.g. Ballet”. Editor and cultural journalist for arts and culture magazines: “Die Referentin” and “Versorgerin”. Lives in Linz/Austria.