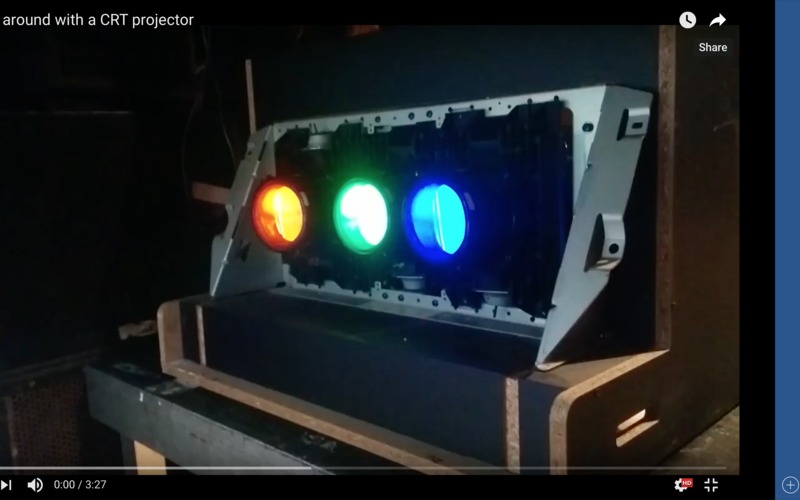 —
A modified cathode ray projector uses 31000 volts to fire a steady stream of electrons. Software generated musical signals are then used to control a magnetic field, which in turn deflects the electrons to project an image. The left audio channel drives the vertical deflection of the cathode ray projector and the right channel drives it's horizontal deflection. Combined parametric equations create Lissajous figures and complex drawings with sound.
—
Jerobeam Fenderson - born 1985 in Traunstein, Germany - education in electronics and audio engineering - since 2012: audiovisual performances and installations - since 2013: running the record label Ordia Muszc - 2014: first 7“ vinyl release - 2015/16: working on an audiovisual oscilloscope album
—
Hansi Raber has been programming software since he was a child and to this day he still thinks it’s the funnest thing to do. He splits his time between commercial work, personal projects and a slowly progressing curriculum in mathematics. Naturally most of his projects revolve around combinations of programming and mathematics, with a focus on the crossing point between the visible and the audible.